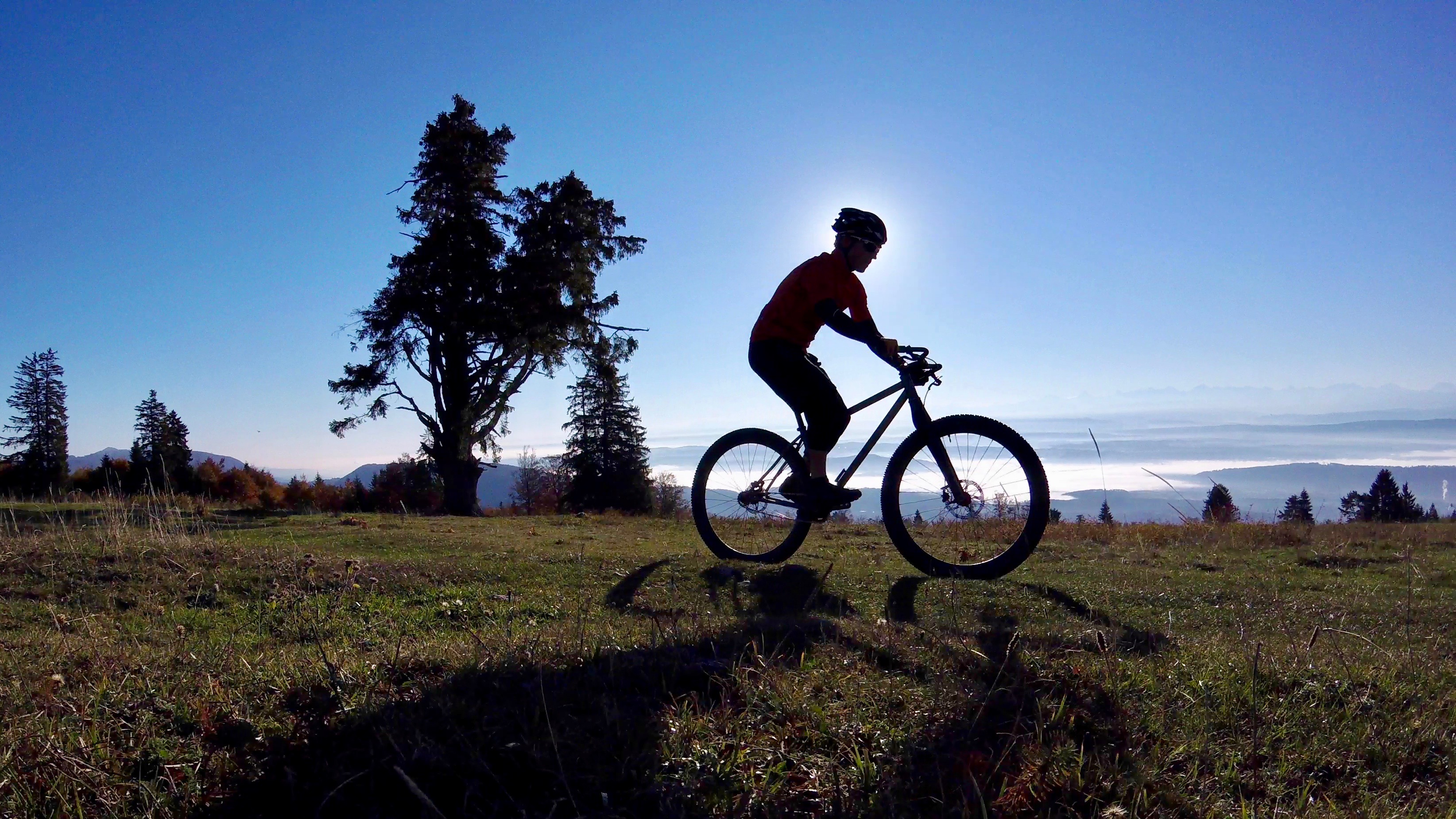 In May of 2017 I discovered a fine hairline crack in the seat tube of my Kid Dangerous. The crack started at the hole of the seat tube slot and ran towards the weld of the left side seat stay where it followed the edge of the weld for a little bit. The bike had been ridden 5'500 kilometers on rough Swiss single-track. Kris covered it under his lifetime warranty and began building me a Marauder at the end of the same month. For a one-man shop who has a wait list and basically builds one bike at a time, he certainly made it a mission to get me back on a FortyFour.

My Kid Dangerous was one of the early client bikes Kris had built and it was an awesome bike. The Marauder got a bit of a longer front triangle and was the first frame Kris built with a T47 bottom bracket shell. I spent a good amount of time online to find a new paint. I loved the flat black on Kid Dangerous, but I sort of make it a habit to never use the same color twice. I wanted to stay with a dark paint and settled with Casper Clear over Speedway Black by Prismatic Powders. There's no bike I could find in this powder coat. It's a finish occasionally used for custom car rims.

The look of the frame was and is mind-blowing. In the years between the Kid Dangerous was welded and the Marauder was built, Kris has improved his frames in every way. He added new tools to achieve a better build consistency, refined the build process and the time spent welding many frames are clearly visible in each single weld. Kid Dangerous had been an excellent bike. The Marauder is a level better.

Just like all my other mountain bikes, this single-speed was equipped with a Jones H-Bar handlebar. A cockpit change was made in August of 2020. In October 2017 I had to replace the wheels and while doing so, I finally made the jump to tubeless. Yeah, while I was an early adopter of 29ers, early for a Swiss to be gravel grinding and early again to fat-bike, I was a total retro grouch when it came to running tubeless tires. Nox Composites Farlow and WTB tires made the switch fairly painless, though.

Back in 1994 when I lived in Oakland, California for a year, I picked up a free, locally printed cycling magazine at a bike shop in Berkeley. It had an article about single-speeding and I was intrigued. Fresh out of college spending a language year on the little savings I had made during a short, temporary design job in the medical industry, I had a nice mountain bike - a very nice one in fact - but certainly not the cash to build a single-speed as a second bike. Several years passed in which I returned to Switzerland, worked as an engineer then moved to California to start another job. Once I got established and had managed to save a bit of cash, did I ultimately build my first single-speed.